On the Byways of Western Massachusetts

Ditching navigation maps and apps, Carol Colitti Levine’s aversion to driving on highways steered her to explore and write about hidden gems along the scenic byways of the Pioneer Valley & Western New England for a local magazine, Valley Living. Carol convinced the talented Dr. Husband to collaborate as her photographer.

She named this quarterly travel column The Side Trek.

The Side Trek blog was born in 2010. Carol’s quirky take on politics, current events, books, and bizness. Her Back Roads Thoughts.

Its Travel Treks page continued to focus on hidden gems along the back roads of Western Massachusetts as photos below show.

Signs of the Times
Hatfield 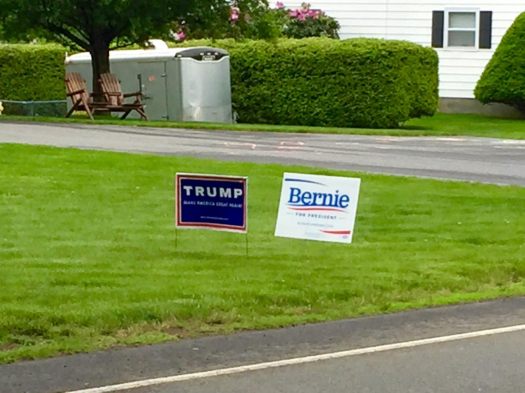 The “Valley” has gorgeous vistas and architecture. It also has many colleges, farms and factories. Conservatives and liberals living together. Sometimes in the same house!

Epitomized by these yard signs during the presidential primaries of 2016. As we stopped to take a photo, the woman homeowner opened her door and yelled, “Do you think we will still be married after the election?” Hmmm. Wonder if they are. 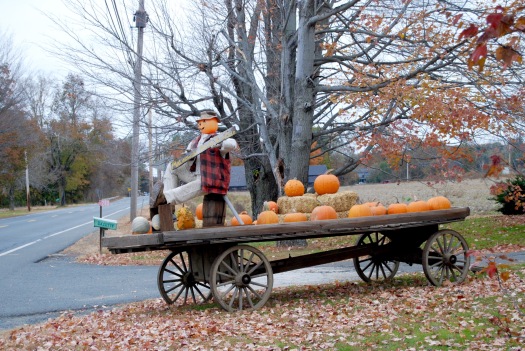 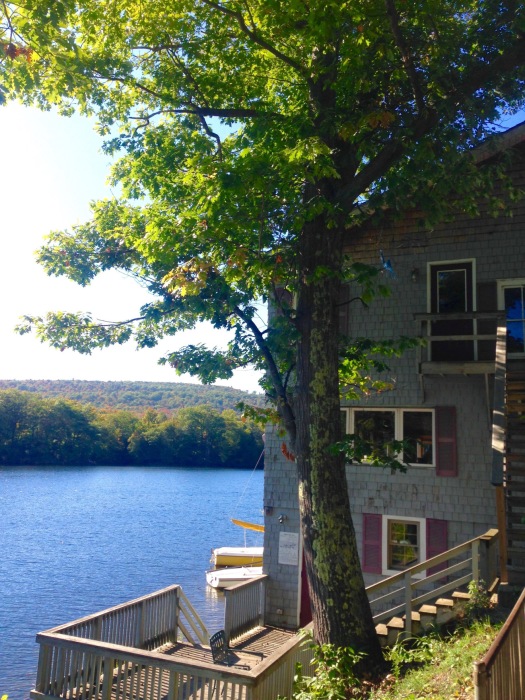 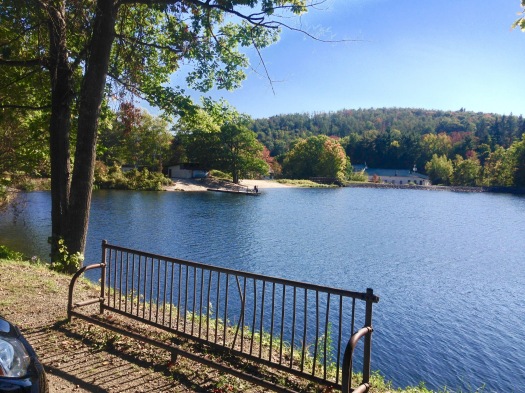 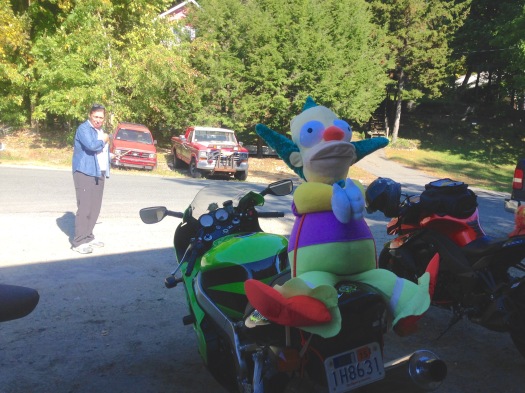 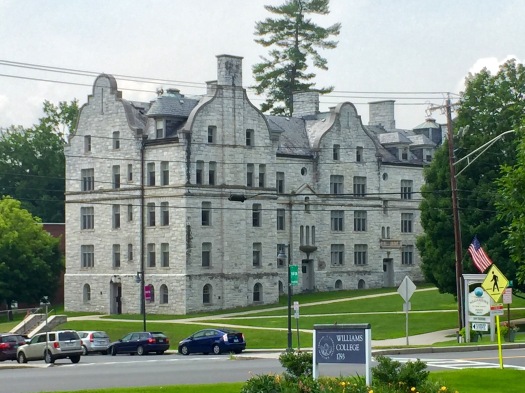 Special trek to see Van Gogh and Nature, a limited exhibition. Vincent’s study of the impressionists in France. Arles. Auvers. 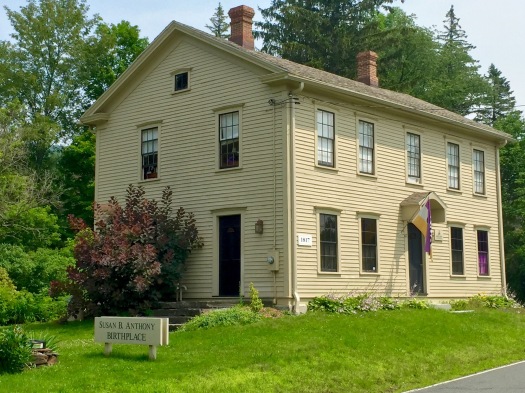 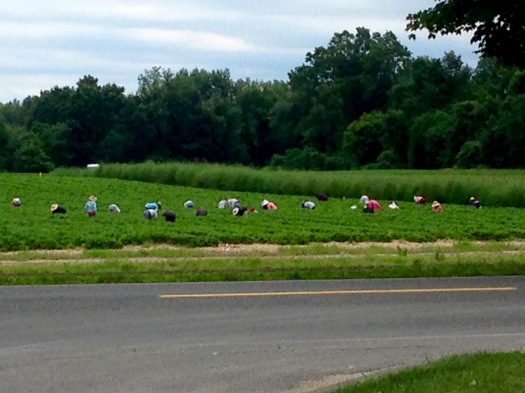 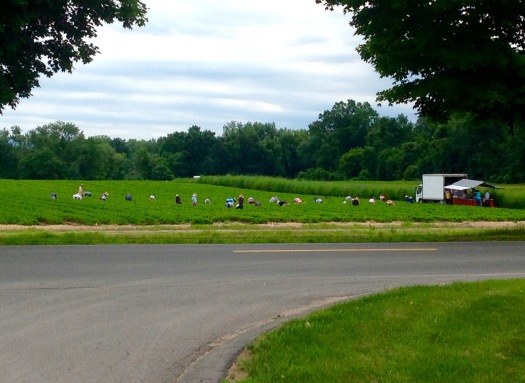 Turn of the Calendar
Shelburne Falls 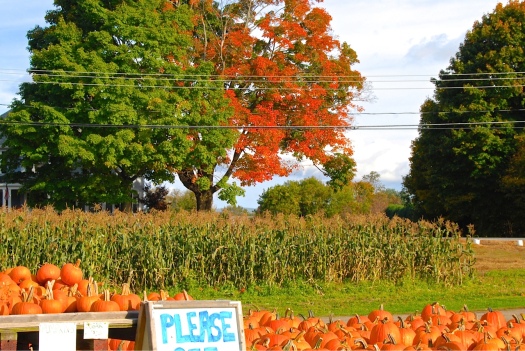 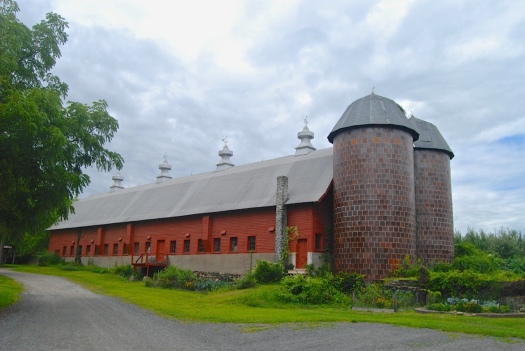 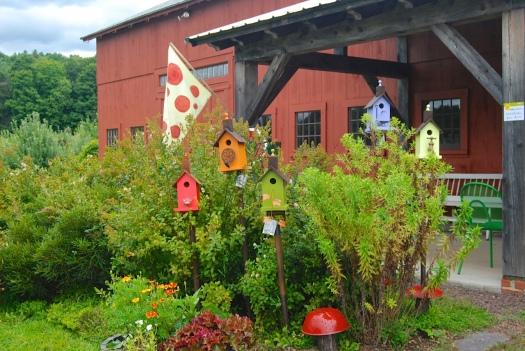 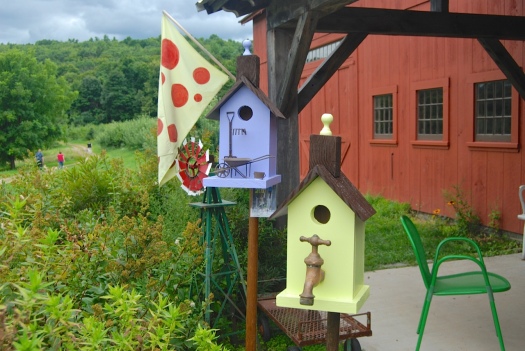 Spring in the Valley
Sunderland 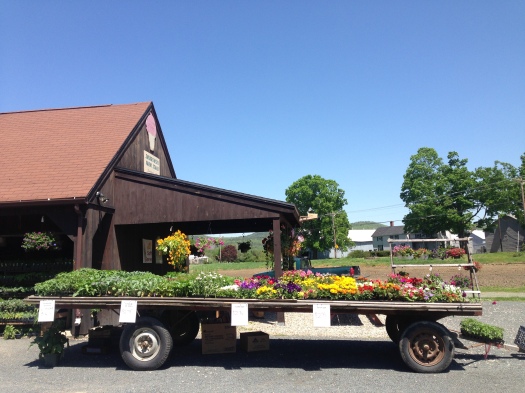 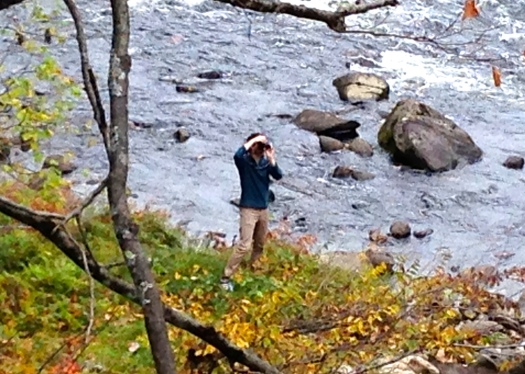 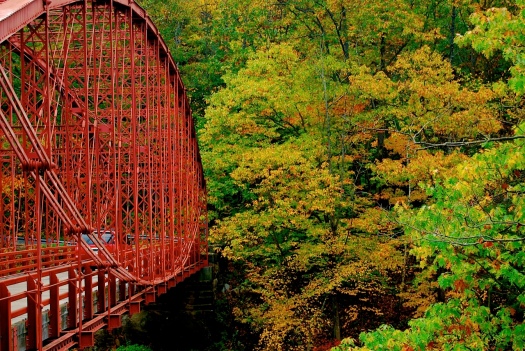 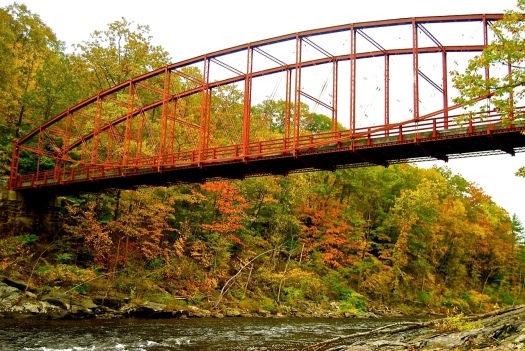 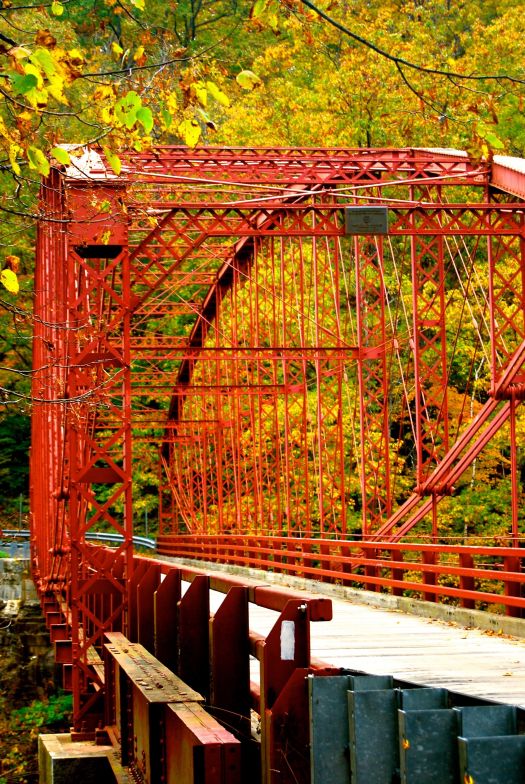 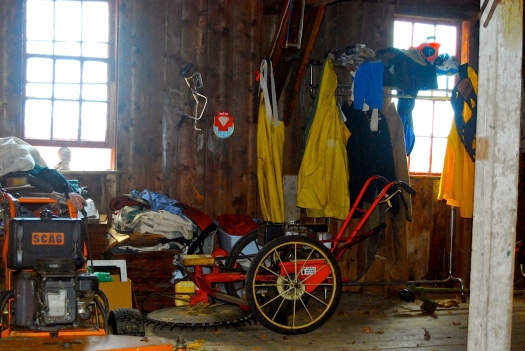 Mid-summer night’s dinner at Blue Hill restaurant in Greenwich Village. Famous for fresh produce from its farm. Locavore award. James Beard winner. Alas. Our dinner’s vegetables disappeared. They never appeared on our plates. So, we decided to search Blue Hill Farm, the eatery’s namesake to investigate. Up the road on a pristine day, we found the culprit, overlooking the Housatonic River. We didn’t spy a stalk of corn or a wandering squash. Just a Jewish cow family. The Holsteins. Way down the hill. A view. To a kill? 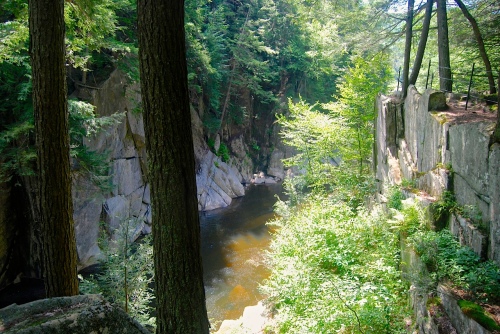 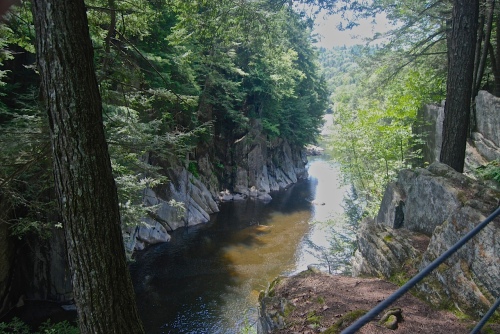 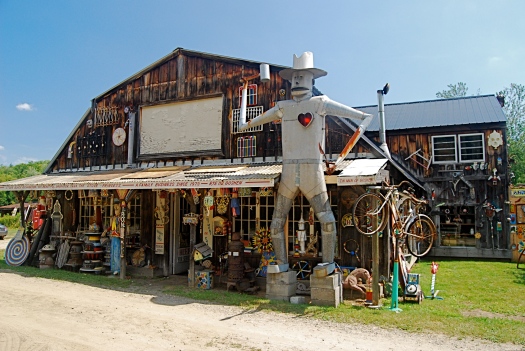 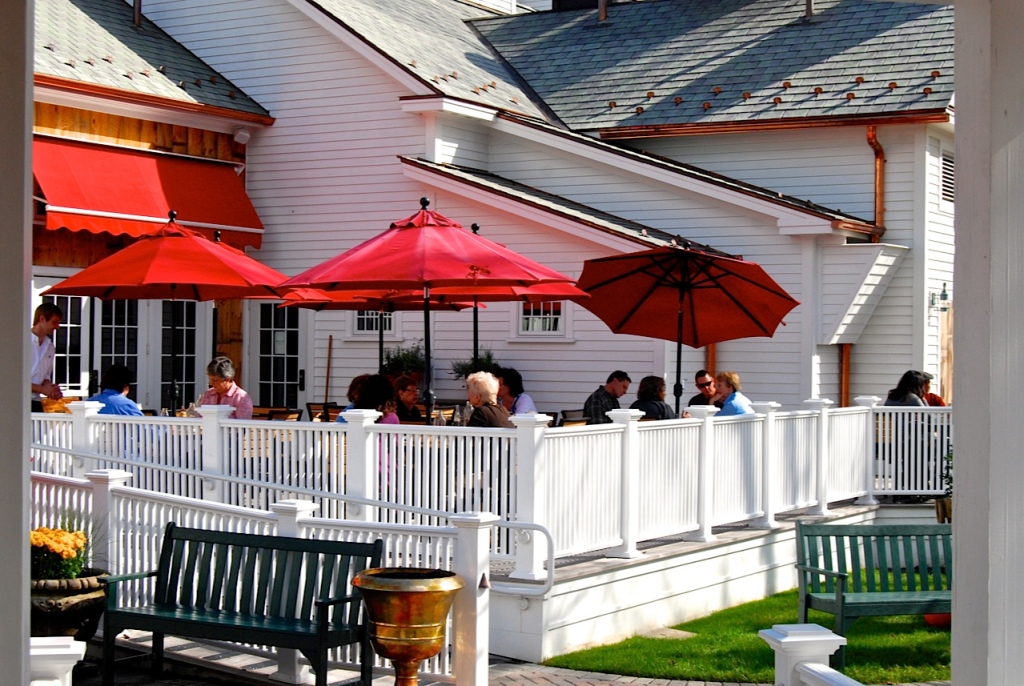 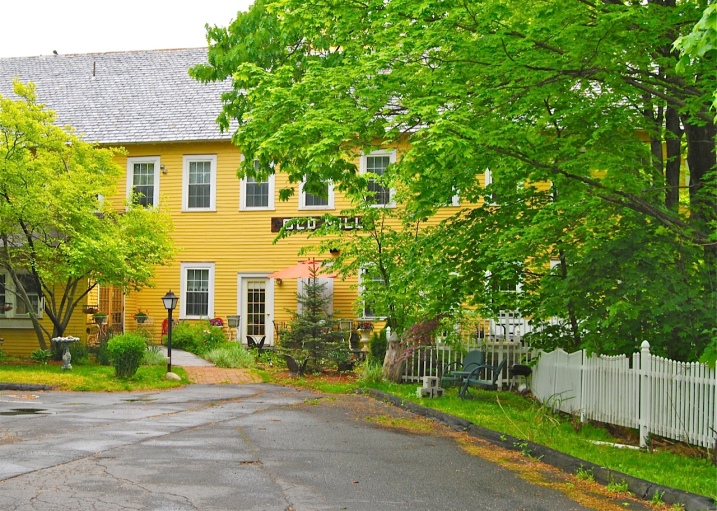 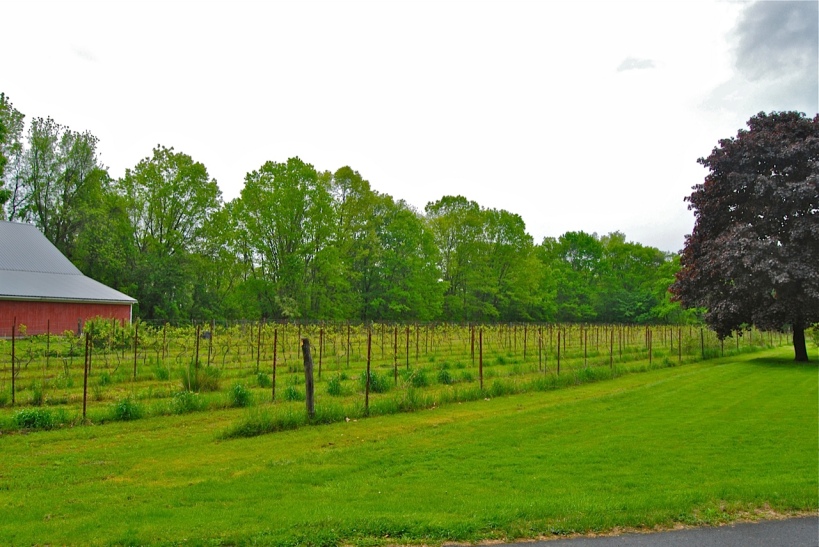 Where he retreated to pen pastoral poetry and think Thanatopsis thoughts.

So Long Side Trek!

Carol and photographer Dr. Husband said goodbye to Western Massachusetts in July of 2016, moving on to SideTrek . NYC.

They loved their years of Side Treks along the Pioneer Valley’s country byways. And their many trips to Shelburne Falls.